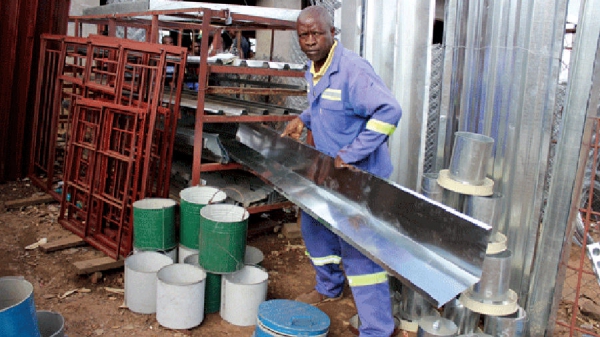 Formalisation is having the business registered with any government agency and a process whereby workers are organised into worker associations and/or trade unions. It also goes beyond the mainstreaming of economic activities in the informal economy into the formal economy, thus, it takes into account the reduction of decent work deficits.

“Formalisation should not be a forced task but an enabler for those who would like to grow beyond their survivalist state,” said Nyasha Muchichwa while presenting a paper at a workshop held at Jameson Hotel in Harare on Friday that was organised by LEDRIZ in conjunction with Friedrich Ebert Stiftung (FES), aimed at discussing strategies for transitioning the informal economy to formalisation in Zimbabwe.

SI 216 provided an excuse for local authorities to turn a blind eye to the explosion of the informal economy.

Muchichwa said the last decade has seen an increase in the recognition of quality (decent) employment creation as the key link between growth and poverty reduction but added that economic growth alone is not enough to reduce poverty and informality.

“The quality of employment created is also critical, as the incidence of working poverty indicates. J Heintz and R Pollin (2005), in their analysis of 20 developing countries noted that increasing economic growth can reduce the rate at which informalisation is growing, though it cannot on its own create an environment where informalisation actually declines.

“It is therefore imperative that Zimbabwe ensures that employment policies become central and macroeconomic frameworks are re-oriented towards creating employment,” he said.

On June 1, 2010 the government adopted the National Employment Policy framework, which puts employment at the centre of all policies. However, it is yet to be activated and fully mainstreamed in all national and sectorial policies, even though it is key to ensuring decent employment.

Muchichwa said that there is need to ensure that the informal economy as a whole is covered both in law and practice by formal arrangements. He said as a member of the International Labour Organisation, the government can use International Labour Standards to effect this, as they provide guidance on the application of rights at national level and are designed to be adapted to local contexts.

Bringing informal workers and enterprises under the protection of the law would be a major step forward to moving out of informality and towards decent work.

The government was urged to amplify the registration and implement progressive taxation for MSMEs; establish codes of conduct for the employment of workers in the informal economy; improve labour inspection and new approaches to formalisation; ensure greater respect for the law, including extending labour protection to unprotected sectors, and establish a national board to set minimum wages for the informal economy similar to the National Wages and Salaries Board, which sets wages for domestic and unclassified workers.

It was noted that many of those involved in the informal economy are unorganised and/or poorly represented in social dialogue mechanisms.

“Informal workers in Zimbabwe have no platform that allows them to participate in the national dialogue processes.

“Although the current labour law reform and set-up of the Tripartite Negotiating Forum Bill covers the inclusion of other actors as and when necessary, there is still need to ensure all those working in the informal economy have a voice and a place to air their views at all levels of dialogue. Social dialogue must underpin all policymaking on the informal economy.”

Government has a key role in creating an enabling framework for social dialogue, establishing freedom of association and creating social dialogue platforms at different levels.

In terms of representative voice, the working poor were urged to be organised into membership-based organisations that can participate in relevant policy-making and rule-setting bodies or processes.

They need legal identity and rights as workers, entrepreneurs and asset-holders. For them to gain official visibility in policy-making, their activities, enterprises and contributions should be measured and valued through provision of appropriate data.

A research by LEDRIZ established that labour market discrimination pushes many vulnerable groups into the informal economy, and, as a result, women, youth and people living with disability are often clustered in its most marginalised segments.

As mitigation, a pro-poor and inclusive approach to these and other marginalised groups will enable them to enjoy their rights and have opportunities for productive, formal work.
Muchichwa said policymaking will also require a gender lens in order to better understand the different needs and constraints of women and men.

“The government has set up two ministries to target these vulnerable groups — the Ministry of Women Affairs, Gender and Community Development and the Ministry of Youth, Indigenisation and Economic Empowerment — but they are inadequately resourced.

“As it is their role to ensure that marginalised and vulnerable groups are equipped with skills, knowledge and opportunities to participate in the development of the country, they must be allocated more funding,” Muchichwa said.